To share your memory on the wall of Lorry Talbot, sign in using one of the following options:

Learn the benefits of ordering with us

Learn the benefits of ordering with us

Print
It is with deep sadness that we announce the passing of Lorry Eldon Talbot.

Lorry was born May 27th 1927 in Pasqua Saskatchewan. Moved to Steinbach Manitoba, lived there till he was 12 years old. Then moved to Vancouver B.C. He worked ... Read More
It is with deep sadness that we announce the passing of Lorry Eldon Talbot.

Lorry was born May 27th 1927 in Pasqua Saskatchewan. Moved to Steinbach Manitoba, lived there till he was 12 years old. Then moved to Vancouver B.C. He worked at a small sawmill at Websters Corners where he met his wife Betty. They were married for 72 years. They lived in Vancouver for a few years and their first son Eldon was born in New Westminster. The family moved all around B.C. doing log hauling. Worked in the Skagit Valley, Kispiox Valley, Gabriola Island, Hornby Island, and Saltspring Island where their 2nd son Weldon was born. Moved to Pemberton in 1960, where he started a logging business in the Miller Creek area. Which still operates today.

He had pilot licenses for both airplane and helicopter and owned a small airplane. He was an excellent mechanic and could fix or build almost anything. He enjoyed his family, friends, and neighbours through out the 60+ years he lived in Pemberton. Pemberton was a special place for him.

Betty would like to thank God, Jesus and his Ministers. Special thanks to: Dr. Fuller and all the staff at the Pemberton Health Clinic for all the excellent care they gave him.

In lieu of flowers, donations can be made to the Pemberton Health Care Foundation in Lorry’s name.
Read Less

Receive notifications about information and event scheduling for Lorry

You will receive any future notification messages.

Provide comfort for the family with a meaningful gesture of sympathy.

Show you care by sending Flowers

We encourage you to share your most beloved memories of Lorry here, so that the family and other loved ones can always see it. You can upload cherished photographs, or share your favorite stories, and can even comment on those shared by others.

Posted Feb 12, 2021 at 12:14pm
Sharon and I would like to express our condolences to the Talbot Family. We felt privileged to have Lorry as a neighbor for the 43 years we knew him in Pemberton. He was special. We shall treasure the memories of him and strive to be as good a person, as he was.
Sharon & John Tschopp
Comment Share
Share via:
LS 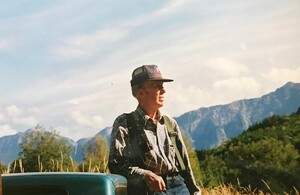 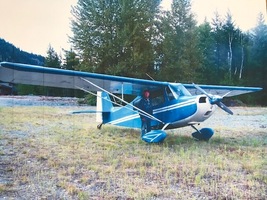