To share your memory on the wall of Albert McKinney, sign in using one of the following options:

Print
It is with great sadness that we announce the passing of Al McKinney.

Al was the beloved husband of Jill McKinney (Macpherson) for 55 years, brother to Bill, Ted, and Frank, loving father to Jo-Anne, Laurie, Scott and Chris, brother-in-l... Read More
It is with great sadness that we announce the passing of Al McKinney.

Born and raised in Montreal, QC, Al was an excellent athlete. He loved hockey and played until he was 80 years old with the Westlake Olejox, and as a young man, played Junior hockey for the Montreal Junior Royals. In 1959, Al played for the Lakeshore Alouette Flyers and helped them win the Canadian Junior Football Championships. Al was an avid handball player throughout his life and played at the Montreal Athletic Club as a young man. Al loved to ski and was an integral organizing member of the Martian Ski Club at Mount St. Sauveur- and also where Al met Jill. This chance meeting led to 55 years of marriage, 4 children and a lifetime of friends, memories, and adventures at Brome Lake, Glen Mountain and beyond.

Al has a special connection to the development of the hockey mask first worn by Montreal Canadiens legend Jacques Plante in 1959. Al’s face was used as the mold for the first prototype of that goalie mask. This story was first published by Dave Stubbs of the Montreal Gazette in March, 2006 and more recently by the NHL.com in 2019. The prototype of that mold now resides with the Hockey Hall of Fame in Toronto, ON.

In addition to owning and running his Life Insurance business, Al was actively involved in volunteer and charity work with the NDG Chapter of the Kinsmen and even served as President for a time. For 25 years, Al was a key fundraiser and organizer with the annual Loyola High School Sports Tournament and in 2004 was named Chairperson and recognized at the opening ceremonies for his many contributions over the years.

After his wife Jill’s passing in 2017, Al moved from Montreal to Pemberton, BC, where he enjoyed mountain life with his family. In only a few short years, Al made so many new friends and integrated into that community incredibly well. Al was actively involved in the Pemberton Valley Men’s Shed Society - a program that works on community projects in and around the town of Pemberton.

Al will always be remembered as a fun loving, social person throughout his entire life. He truly loved being with his family and also loved meeting with friends or just saying ‘hello’ to a complete stranger while walking. Al loved being part of the greater community and his 4 years in Pemberton exemplified this, in addition to his contributions to Montreal life for 86 years prior. Al was kind, generous and well liked wherever he went. He will be sadly missed.

Thank you to the staff at Lions Gate Hospital, Squamish General Hospital and to the Pemberton Community Care team at the very end. We are very grateful for the care you provided to our father. In lieu of flowers, donations can be made to Ovarian Cancer Canada.

Receive notifications about information and event scheduling for Albert

You will receive any future notification messages.
No funeral details available.

We encourage you to share your most beloved memories of Albert here, so that the family and other loved ones can always see it. You can upload cherished photographs, or share your favorite stories, and can even comment on those shared by others.

Posted Jun 10, 2021 at 03:38pm
As teens and young 20's Al and I were wingmen and shared a lot of playing around. I introduced him to St.Sauveur and we shared
winter houses for a few years with others. When it came to rooms Al always grabbed the nest one. At Brome rooms were non
existent. There we pretty much slept in the same room four at a time. Back in Mtl we were neighbors fr much of our lives and I was close to Frank too and mourned his passing. Labor Day weekend 1958 I responded to a call to study for the Priesthood and lost touch with Al, my longtime friend. I have wanted to touch base with him over the years but didn't have the information of his whereabouts to do so. I have long subscribed to the Gazettes obits and today was deeply saddened to learn of his passing. Al and
I were the same age and I expect that perhaps we will meet up again pending ending up in the same place. So God be with you all
and Rest In Peace Al.
Roy Stuart
pipecop1@gmail.com

Posted Jun 10, 2021 at 09:06am
To Laurie and Jo and the entire McKinney family i send my deepest condolences on the death of your dad. I did not know your dad well but every time we met i felt a true kindness and gentleness about him. He lives on in his children. ♥️
Comment Share
Share via:
J

Posted Jun 10, 2021 at 08:40am
So sad to hear of your dad’s passing. Wonderful memories. Great sense of humour. Always willing to help like the time he cut his old hockey sticks to fit my windows and patio door. I was now safe. I had many fun times with your mom and dad. My deepest condolences to all the family. Janice Legault
Comment Share
Share via:
OG

Posted Jun 10, 2021 at 07:14am
"What was once once enjoyed and deeply loved, we can never lose. For all that we love deeply, becomes part of us." With you in spirit Mr. Mckinney. Lucia
Comment Share
Share via: 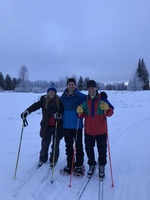 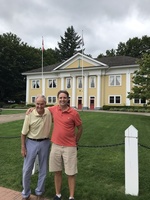 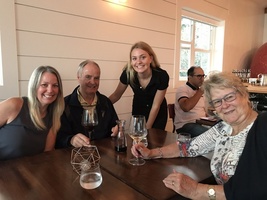 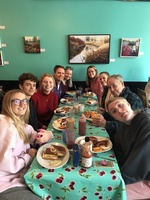